Here is “The Team”, leading the NanoEngineering Group. We are grateful to have each other in the team to implement the bold ideas in the field of Nano/Micro Materials and Devices. 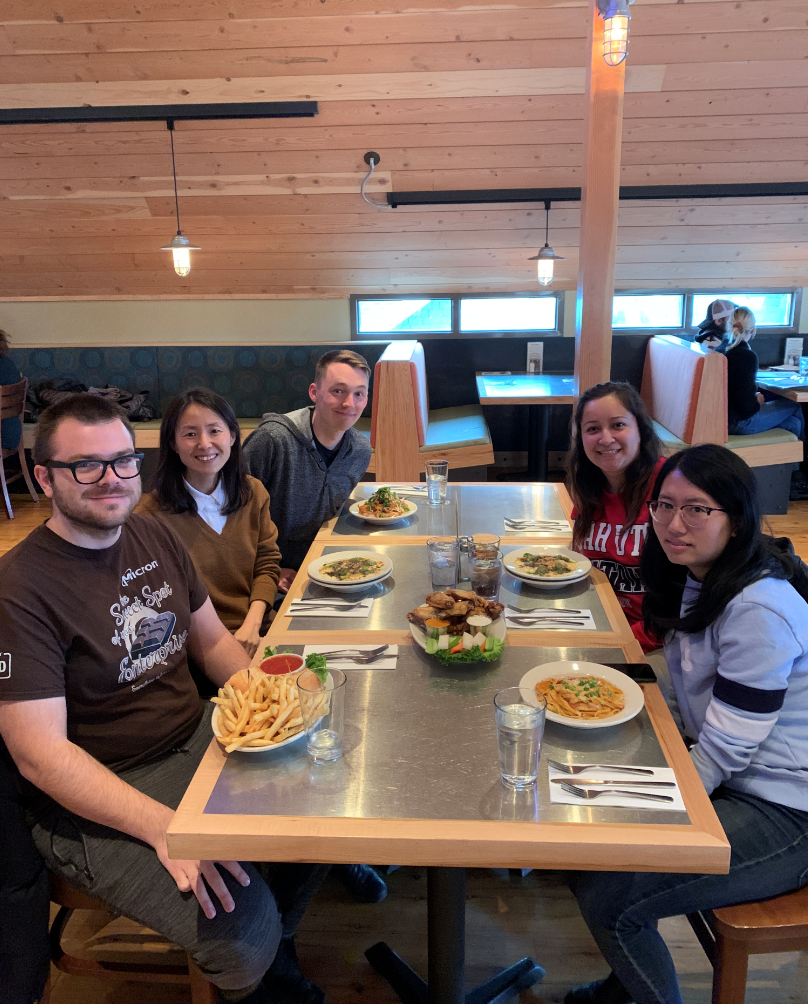 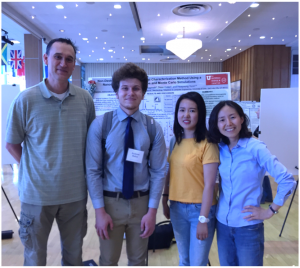 Andrew (REU student from Clarion University) gave his final presentation at the Summer Symposium organized by the Office of Undergraduate Research (OUR) at the University of Utah. It was a delightful experience having Andy in the group over the summer.  Good work, Andy. 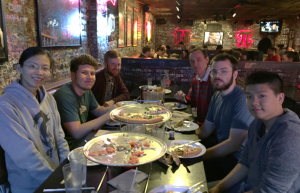 Eric and Zijian will continue their graduate programs at the University of California (San Diego) and at Northwestern University, respectively. We wish them the best for their next journey. Both students were tremendously helpful setting up the lab. Thank you! 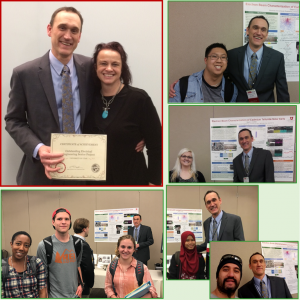 The Technical Open-House is one of the exciting events in the ECE department at the University of Utah. All ECE students must complete a senior project to meet graduation requirements. One-year long senior projects are presented in the conference with students, faculty, and sponsors from industry and national labs.

Dean, lots of Congratulations!!
We are proud of you.

Yang Qian (2020)
Yang was a graduate RA student. She earned her MS degree and left the group for the next journey at the USC.
“Stay positive, work hard, and make it happen.”

Dinorah Segovia (2020)
Dinorah was a undergraduate RA student. She left the group to work in a company in SLC.
“You have not failed until you quit trying.”

Dean Collett (2018)
Dean was a undergraduate RA student. He had left the group to work in the Air Force base in Utah. In 2020, he came back to school (work/study) and is working on his MS degree.
“All effort counts for something. No effort is wasted.”

Yohan Yoon (2017)
Yohan was a post-doc fellow. He left the group for a new research position at Naval Research Laboratory.

Andrew Baker (2017)
Andrew was an REU student from Clarion University. He left the group to continue his BS studies.
“I have no special talents, I am only passionately curious” – A. Einstein

Eric Snyder (2017)
Eric was an undergraduate RA student. He left the group for his PhD study at the University of San-Diego.
“Eric is a father, amateur musician, and an avid reader.”

Zijian Wang (2017)
Zijian was an undergrad RA student. He left the group pursuing a MS degree in other school.
“I like playing the piano and playing soccer. My motto is don’t put off things till tomorrow.”

Alvaro Bonilla (2016)
Alvaro was an undergraduate RA student. He left the group in August 2016 for a position at Holland & Hart.

Austin Koch (2016)
Austin was an REU student from University of Nebraska. He left the group to continue his BS studies.
“I’m a big fan of traveling and love learning languages. I’d love to work on an international level some day.”

Sarah Shipp (2016)
Sarah was an high-school intern in July 2016. Sarah left the group to continue her studies at the Waterford School.

We welcome a high-school intern, Sarah Shipp from the Waterford School. Sarah measures the variation of photocurrent of silicon solar cells that are mounted at 30° and 60° with respect to the ground. END_OF_DOCUMENT_TOKEN_TO_BE_REPLACED